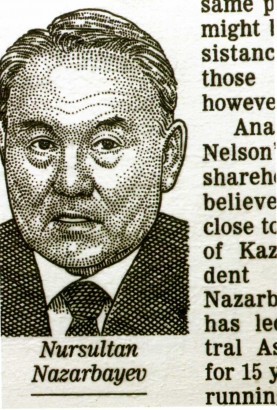 notes:
has served as the President of Kazakhstan since the Fall of the Soviet Union and the nation's independence in 1991. He is criticised by some for slow action on widespread corruption, suppression of opposition, unfair elections and insufficient freedom of speech