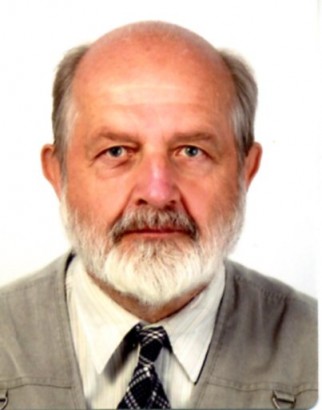 word:
A senior lecturer with a high-ranking academic title, a teacher of technology-based subjects at the Faculty of Education of Charles University in Prague, a secondary school teacher of electrotechnics, an industrial designer, a tourist guide, a physical education teacher...
It might seem that, as an artist, Milan Křenek ought to be selftaught; that, with all his activities, he wouldn't have space for any other study. Quite the opposite. He carefully prepared at drawing courses led by academy-trained artists Petr Hana and František Nedvěd and was accepted as an eveningcourse student at the Hollar secondary art school, where he successfully completed his studies in 1977. He even took entrance exams to the Prague Academy of Fine Arts, though was prevented from studying there by laws existing at that time. By recommendation from the Academy of Fine Arts he was accepted to study at the Arts Faculty of Charles University. This, however, didn't suit him and after several years of waiting he studied this subject at the Faculty of Education of Charles University. He thus acquired the qualification to teach art at junior- and secondary-school level. His knowledge of German and art history along with his experience in drawing enabled him to teach drawing, painting and art history at summer preparatory courses for study at Austrian art academies.
What led a student of electrotechnics to art? Or, rather, what led an art lover to study electrotechnics? It is certain that an incredible activeness in diverse fields led the painter Milan Křenek to a highly original range of expression. He doesn't, in any case, focus on the conception of individual artistic trends or their philosophies.
I sense that he tries to comprehend the meaning of art through his own work, which he doesn't limit with any manifesto-based doctrine. The paths of art trends appeal to him and dazzle him; he uses them in a wholly free manner in order to express his feelings and perceptions and thus convey them to us.
I don't think that this represents the distracted searching for one's own style. On the contrary. Milan Křenek derives evident pleasure from painting various themes in various ways. He plays with Impressionism, Cubism, Fauvism and Symbolism. Excellent drawing enables him to easily paint everything around him. Portrait, landscape, figure – he even makes light work of abstraction. Unburdened by academic education – namely the defining model of a professor – he creates his own personal style that is easily recognisable despite the apparent heterogeneity of his work as a whole. He has produced about a thousand pictures to date, and his body of work continues to grow in all the styles that he enjoys.
Přemysl Řepa – Prague, May 2012 (www.malirkrenek.cz)