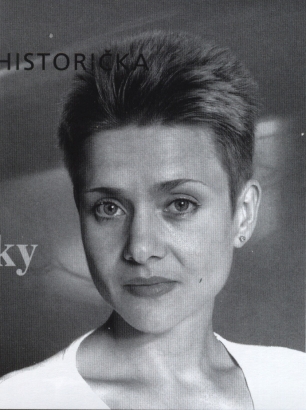 word:
Martina Pachmanová is an art historian, independent curator, and writer. She is Assistant Professor at the Academy of Arts, Architecture and Design in Prague, Czech Republic. Her many essays and articles on modern and contemporary art, many of them dealing with issues of gender, sexual politics and feminism, have been published in periodicals and exhibition catalogues in the Czech Republic, Slovakia, Austria, Croatia, Germany, the United Kingdom, and the United States. She is an author of several books: Mobile Fidelities: Conversations on Feminism, History, and Visuality (Prague 2001; English version: www.ukonline.co.uk/n.paradoxa); Invisible Woman: Anthology of Contemporary Texts on Feminism, History, and Visual Culture in the U.S. (Prague 2002); Unknown Territories of Czech Modern Art: Through the Looking Glass of Gender (Prague 2004); and a monograph of a forgotten Czech female modernist, Milada Marešová: Painter of New Objectivity (Prague – Brno 2008). She co-edited a book Artemis and Dr. Faustus: Women in Czech and Slovak Art History (together with Milena Bartlová; Prague 2008). She is an author and editor of a website focused on gender and modern visual culture www.zenyvumeni.cz (in Czech only).
zenyvuměni.cz, 2013/10/20