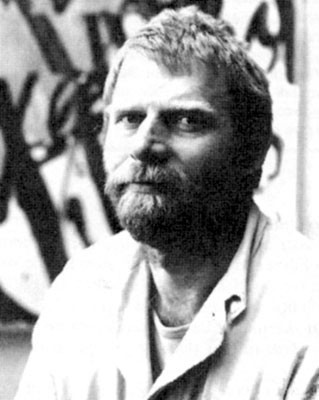 word:
Zdenek Hůla www.zdenek-hula.cz info@zdenek-hula.cz Zdenek Hůla was born on 25 February 1948 in Prague. 1963 – 1966 attended Grammar School in Český Brod, 1966 – 1972 attended Akademie výtvarných umění Prague, studio of figurative painting under Professor Karel Souček. In 1974 – 1975 he worked as a night watchman in the National Gallery, and in 1975 – 1976 he worked in the ceramics studio as a glazer on the restoration of monumental works of art. In 1979 – 1980 he worked again the night watchman. In 1983 he founded the private independent Art Gallery „H“ together with his brother Jiří Hůla and Josef Volvovič. During the 80´s Hůla organised and participated in many confrontational exhibitions at Gallery „H“ and from 1990 he and Josef Volvovič have organised a continuing series of interdisciplinary symposiums there. From 1995 he works as a teacher of drawing and painting at the College of Education U.K. until now. In 2002 he was awarded higher Doctorate at VŠUP Prague in the art of sculpture. From 1998 until 2003 Hůla worked with Professor Jan Palouš the governor of the Observatory in Ondřejov and Dr. M. Juříková on the „stones and stars“ symposium born of their mutual inspiration between art and science.
Zdenek Hůla is married, to his wife Olga. In 1978 was born their son Petr and in 1982 their daughter Magdalena. From the 80´s Zdenek Hula has worked not only in painting and drawing but also in creating sculptures exploring the relationship to time, space and geometry. He is interested in the penetration of time and space over very long periods. Many of his paintings evolve from geometric grids and his sculptures involve a wide range of materials.
In the 90´s Hula started to work with stone of great hardness and density (granite, syenit) and has recently brought together granite and glass in a quite unique way. Hůla´s rigorous process of thought and his need to communicate through time and space has produced his contemporary work which intersects with architecture and response to the landscape.
zdenek-hula.cz